Haven Sleep Co is excited to present Comedy for a Cause for Ride for Dad on Friday, June 3rd at 6:30pm at Dakoda's Comedy Lounge with 100% of ticket sales going directly to the cause. Haven Founder and CEO, Scott Amis, reached out looking to put on a special fundraiser for Father's Day and David Kopp from Kelowna Comedy immediately knew Ride for Dads was a perfect fit. “We have raised funds for them almost every year and the show is always a huge success. They have a yearly bike rally in mid June and this show is a time to get together and laugh before they head off,” says David.

This exciting night of comedy will feature five of Kelowna Comedy's top comics including our host, Kyle Vestner, and our feature performer, Bubba! Bubba has been performing for 10 years, touring all over Canada and bringing laughter wherever he goes. He has been fortunate enough to share the stage with Tom Green, The Trailer Park Boys, Erik Stolhanske (Rabbit from Super Troopers) and many more.

Ride For Dad helps raise funds to save men’s lives by supporting prostate cancer research and raising public awareness of the disease. Our goal is for men to continue to be there for their families and friends for years to come. There will also be a parade of vehicles to raise awareness for the cause which will grab the attention of the masses and the media.

Haven is always happy to partner with Kelowna Comedy, as they are a Kelowna based business, manufacturing mattresses right here in Canada.

Get your tickets on Eventbrite or call Dakoda's for a reservation. 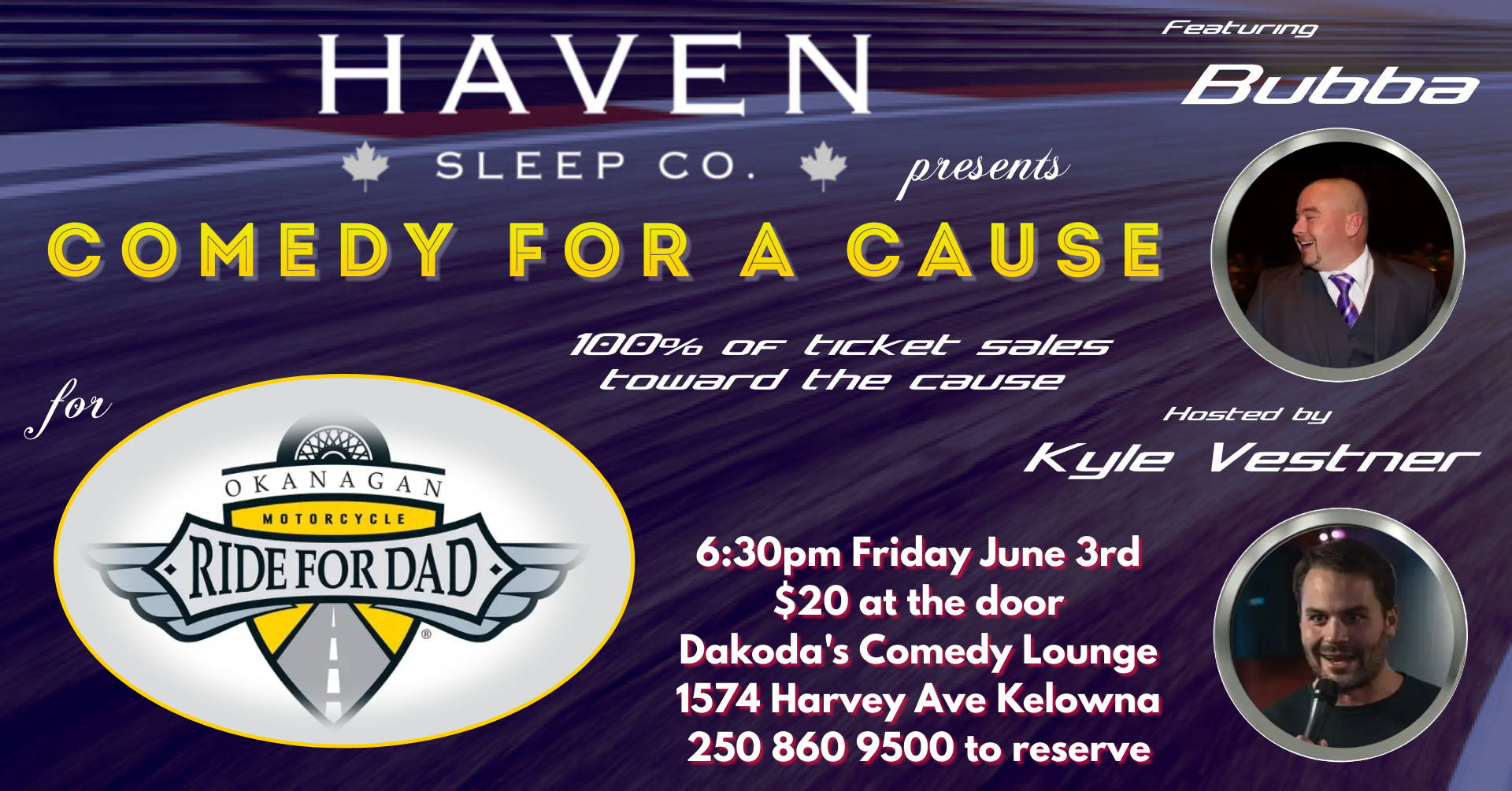 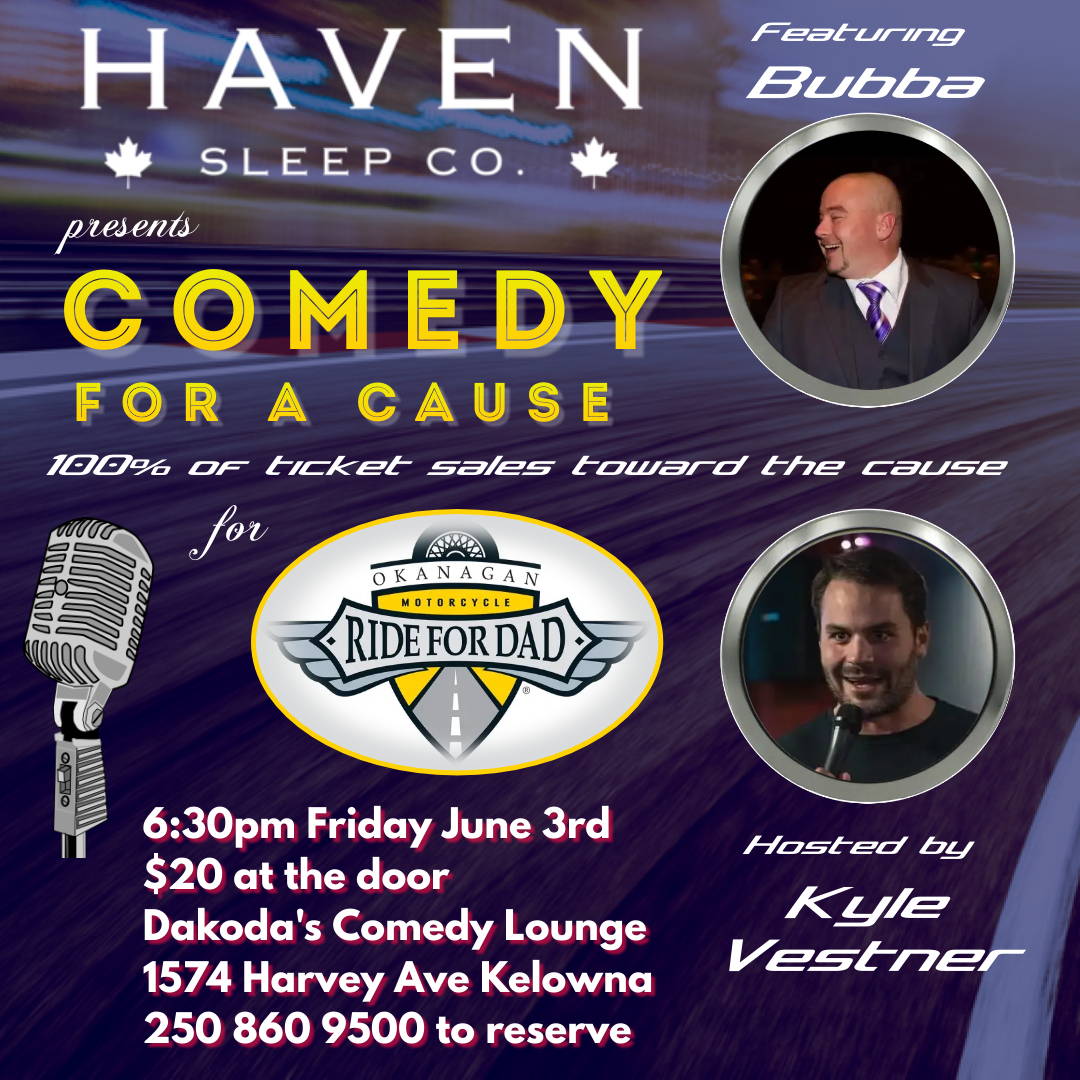